The primary understanding that double formant vowels are derived from the single formant vowels is fundamental for one to achieve their successful exploitation in developing the perfect tone. An [u] is present in the [i]. This assertion that [i] and [u] are primarily the same sound is evident in French and German where this relationship is demonstrated commonly. For example the [y] sounds used in French tu, du, and the German u umlaut; English only uses this sound in the pronunciation of the letter q, and words like cute, or puke. Therefore, the use of this sound in English is fairly rare by comparison.
When we teach the [y] sound, we tell the singers to form and [u] and to say [i], juxtaposing the two sounds to create the [y]. When we tell a singer to introduce the [i], the singer will raise the tongue and excite the acoustic phenomenon of the double-formants. So, the employment of the tongue must be embraced if a singer wants to learn how to sing [i], [I], [e], [ɛ], and [æ]. The laryngeal position of the [u] must be maintained. Approaching the bright vowels in this manner will give the singer the ability to warm all bright vowels and brighten all warm vowels without disturbing the steady employment of benoulli's principle. This physical reality gives me the impression that the teacher or singer who introduced the concept of chiaro-oscuro
to the vernacular of singing was dead on. Try out these vowels if you are sure you can eliminate abdominal leverage before the tone, and know how maintain the laryngeal position of a non-lipped [u] sound ("coke bottle [u]" as Cornelius Reid has coined it). 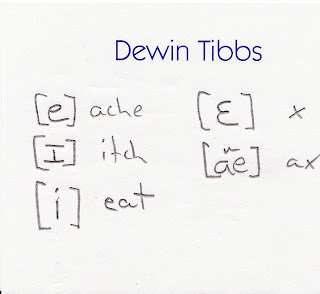 Say these sounds in a speaking tone with quick gestures of utterance, freeze while silencing the sound before initializing the final consonant. Then, note the position of the tongue.
Keep checking the [i] to see if you can say [u] from the same laryngeal position by dropping the tongue for the [u], and visa-versa for the [i].
[i] has the highest tongue position
[ɛ] is medial
[a] is at the bottom, flat and slightly grooved
Some teachers teach the tongue to be in one position, and will argue that a flat tongue is tense because it suggests the employment of the milo-hyoid. This is wrong. The tongue has to be flat for [a].

To the contrary and perhaps more appropriately, any method that calls for the support of the tone with diaphragmatic leverage before the onset of sound will create tongue tension (milo-hyoid). It very likely will impede the development of these vowels sounds as it to some extent locks the tongue's position and introduces the detrimental gesture of stabilizing the larynx with the employment of the milo-hyoid (swallowing) muscle. Hence, support gestures impede the free movement of the tongue, making it problematic for the student to learn to sing pure vowel sounds in the middle voice. Remember Newton's third law states that for every action there is an equal and opposite reaction. Singers shut the door on the use of double formant vowels by assuming that common support techniques are correct and irrefutable. You can ask anybody how to sing, and they will tell you that "you have to sing from the diaphragm". If this approach to singing is correct and in that it is so well understood to so many, why are there so few "very good" singers? And why don't we have the quality singing today that was prevalent in the mid-twentieth century?
Give up support rhetoric and learn how to use the tongue like a rudder in the stream of flowing tone. Develop all of your vowels inside of this stream. This way you can teach yourself a tone that is equally responsive to warmth as it is to brightness; as the concept of effort and leverage dissolve, and acoustical realities, and vocal ease emerge.
Posted by Dewin Tibbs at 7:21 AM No comments:

The Leap to Double Formant Vowels

Double formant vowels are rich in resonance and therefore "fundamental". They make the voice easy to tune, and give the carrying power to allow the voice to fill any acoustic space. When used correctly, they cultivate in the singer's voice the ability to rise clearly and easily above the orchestra in all the registers and volumes. They allow for delicate articulation and give the singers a presence and energy in the delivery that literally allow the voice to fly off the stage and fill any crevice in the space. This poise and precision gives unique clarity to the relationship of diction and vowel energy to such an extent that the language is consistently and clearly understood. The many benefits of learning how to use these vowel sounds properly are easily accessible if the singer is able to make some conceptual leaps in the approach and embrace the power of these acoustic phenomena that exist in the timeless physics of our natural world.

Newton's 3rd law states that for every action, there is an opposite and equal reaction. What kind of physics are we trying to engage when we sing? Are we calling on principles of aero-dynamics, acoustic energy, or gravity resistance. The human throat has so many functions; swallowing, protecting the lungs from foreign objects, sound, and the assertion of strength. One of my teachers referred to the throat as a valve, allowing air-flow freely in both directions with the ability to close or open to any degree based on our needs for a given moment. I like to think of this miraculous organ as having two basic functions; let air out to exhale or make sounds, and hold air in in moments of extreme physicality allowing us to assert our strength and will against gravity.

The voice is ruled by the principles of tone: actuator, vibrato, resonator. This is not an idea or a conceptual image, it is the way tones behave in the physical dimensions of our world.

The perfect balance of these three principles will develop the singers awareness of acoustic ease and will greatly increase the dynamic energy of the vocal cords, resulting in the in the even strengthening of the thyro-arytenoid muscle in all of its potential registers. It does this in the vacuum that eliminating physical leverage allows.

In any untrained voice (and many trained), a student will present with these principles out of balance, either minimally in the case of "natural singers", or grossly in the cases of singers who feverishly try to imitate singing sounds and the way singers tend to "think" it feels to make the sound rich and exciting. If a singer gets louder to go up the scale, they misunderstand the function of Bernoulli's principle and by singing in this way, they will only increase the divide between registers where their voice is strong and the registers where their voice is weak. When we speak the voice can go high or low, loud or soft, because we don't have the expressive burden of sustaining pitches. The little blips of vocal energy in the speaking voice reveal clearly the efficiency of human phonation and the simplicity that utterance can reveal about singing. Convention, and imitation has largely lead most singers in the wrong direction as singers try to imitate the leverage they think a sound has, or they are taught, when they are initially introduced to diaphragmatic support. Here's the leap. Singing from the "diaphragm" and "support" are grossly misunderstood, and leads many singers to their ultimate vocal demise. If one attempts to engage the function of double-formant vowels without eliminating the pre-leverage of abdominal and diaphragmatic involvement, it will eat you voice up, kill your middle register, and shut off the upper third of your potential vocal range. The books say the span of common human phonation is three octaves. If we look for evidence of this in the speaking voice, we will notice that all three octaves are mixed and have characteristics of both ends of the vocal range in any give sound; clarity (resonance) and ease (flow and warmth). Just listen to the way children use there voices when they are at play. If singers can get a handle on the very present energy the physical world offers us in acoustics and aero-dynamics we can fly. Do you think that the music of Rossini, Donizetti, and Bellini were written for singers who couldn't sing it? Did the original singers of Verdi's operas sing only until they were in there mid-thirties? Why is it different now?

Take the leap! It is the key to using the double-formant vowels to teach the singer how to stay "on the cords", forgive me, but if you are frustrated as a singer or teacher and if you don't know what the expression "on the cords" means or feels like, you are on on the wrong track. Don't be afraid, if you can abandon the idea that the voice is fragile and the conventional rhetoric of support, placement, and raising of the soft palate, your best singing and teaching is right in front of you.

http://www.josephshore.com/Hines/interview.htm
Posted by Dewin Tibbs at 7:16 AM No comments: 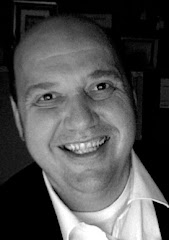 The Expierience of nearly 10,000 lessons taught since 1995. Some of my students: